Optic fiber Cable Closure are the popular name, called the cable connecting box, also known as optical fiber cable connector package, package and barrel. The device belongs to a mechanical pressure sealing joint system, which is a continuous protective device for providing optical, sealing and mechanical strength continuity between adjacent optical cables. Mainly in the application of straight overhead, in various cable structure of the pipeline, buried and other installation and branch connection. 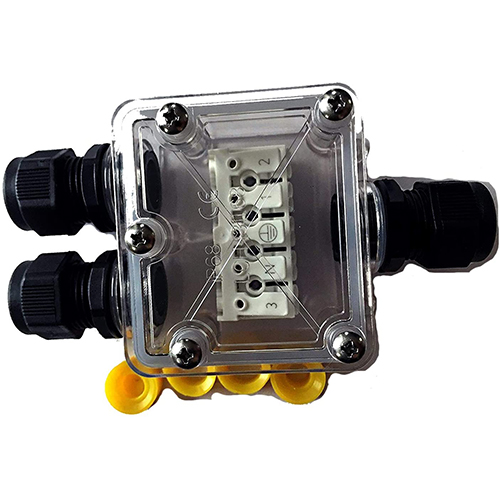 The box body adopts imported reinforced plastics, high strength and corrosion resistance, the terminal box is suitable for the connection of the terminal room of the structural optical cable, the structure is mature, the sealing is reliable, and the construction is convenient. Widely used in communication, network system, CATV cable, optical cable network system, etc.. On the right side for two in two out of the joint box;

For two or a plurality of fiber optic cables between the joint protection, optical fiber distribution, user access point is one of the commonly used equipment, main wiring cable and home line cable in outdoor connection, and according to the FTTx access to install or cassette Jane photon splitter;

The box body of the product adopts the high quality engineering plastic.

And into the cable hole neck: diameter 20mm

Stretch seal: after the inflation of the product, can withstand the axial tension of 2000N, no leakage.

Impact seal: after the inflatable products, can withstand the impact of energy 16N*m (Newton * m) impact three times, no cracks in the product, no leakage.

And other performance requirements are in line with the YD/T814.1-2004 standard requirements.

According to the cable laying way, overhead pipeline (tunnel) and direct buried type;

According to the optical cable connection is divided into direct connection and differences in two;

According to the sealing method of thermal contraction and mechanical seal.

Optical fiber joint by joint box protection, should be able to avoid tidal erosion should not be increased protection of optical fiber connector attenuation, and meet the following requirements:

1. Remove the cable jacket, if there is, please remove shield and armored) and remove the wrapping layer to expose the loose tube, specific methods, please cable manufacturers recommended by standard methods and steps for and reserve length of 3 meters.

2, use detergent to clean the loose casing and strengthen the core sheath, remove excess filled cannulae, with the sandpaper cable jacket length of 150 mm. 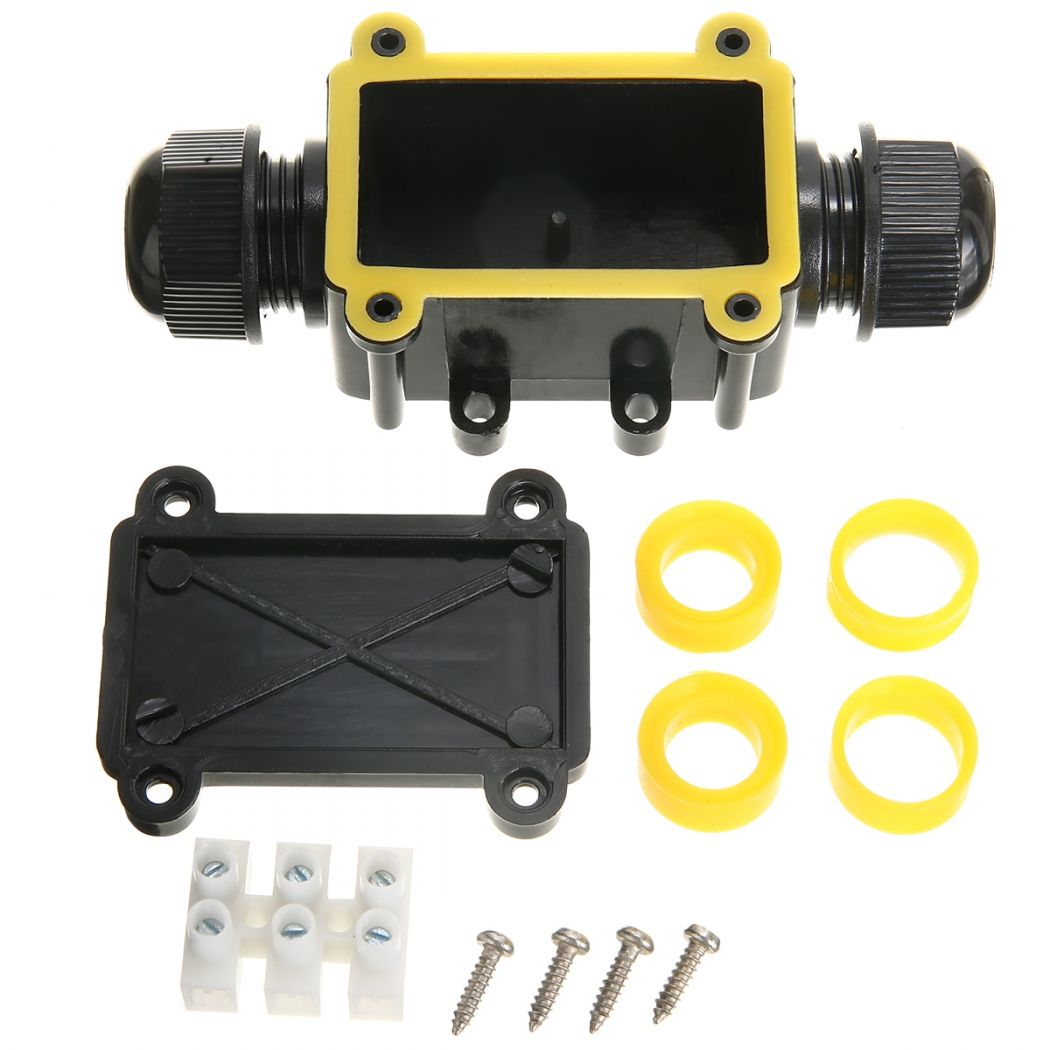 2, put the cable into the hole in the corresponding.

4, between the two sealing ring winding self-adhesive sealing tape, to make the sealing belt around with sealing ring outer diameter flat together, to form a cable sealing end.

5, the cable seal end into the hole in the optical cable.

6, with hose clamps through optical cable reinforcing rib fixing seat and a cable core, a bracket, fiber optic cable will be fixed on the base of the connector box, tighten the screw hose clamps, until the hose clamp pull tight so far.

8, the rest of the optical cable hole, please use the plug seal. The same winding on the seal tape, the same requirements with the 5.2.4.

9, the reinforcing member is wound on the sinking head screw of the fusion plate bearing and is pressed. 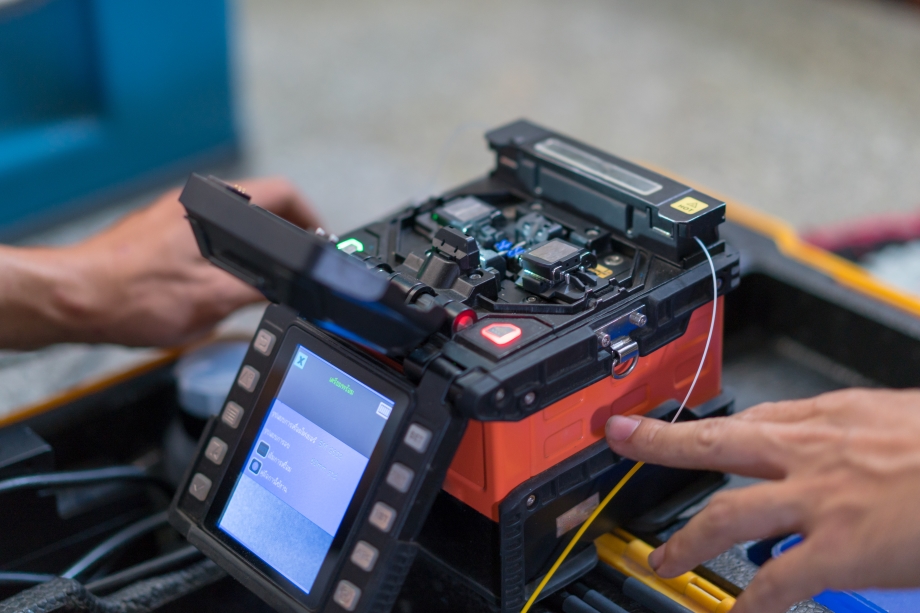 1, prepare the hanging wall after 1.5 laps of the coiled fiber, then all remaining fiber coiled in the box body.

3, according to the provisions of the two docking method (band) optical fiber connector into the welding unit card slot, will be paid please disk wound.

4, the fusion plate cover, please press the card in place.

5, according to the capacity of the joint box, melting disc superposed sets, the welding plate stacking pattern must be consistent with the optical fiber connector of the card into the melting connection unit and the inspection and maintenance requirements. Welding disc every two superimposed, can be six holes on the rubber hinge, were stuck on the two disc for each of the three convex torsion; four rubber hinge, disc on both sides of the symmetrical positions of the two, such as superposition of five welding disc. According to the method mentioned above the second floor plate and three button, three wheel and four wheel buckle, four layer plate and five layer plate buckle, by analogy, five disc is stable superposition together. When need to inspect and maintain a layer plate weld connected, as long as the plate on one side of the upper buckle the two foldouts removed, welding plate can be, such as turning the page open.

2, the joint of from the of an cover of the box gently close, screw bolts, the tightening sequence press and cover marked the digital sequence tighten and torque spanner is used to ban solid, torque reaches 25N - M.

3, after 3 minutes, and then tighten the torque wrench, torque is still up to m 25N.

1, in order to loosen the 10 fastening bolts, at this time the lid and seat are still together.

2, take four fastening bolts are inserted into the box body four angle, symmetry, evenly into the four corner of the top cap, so that the lid and seat separation up to 6mm.

Note: the lid must be gently removed to avoid damage to the fused fiber.

4, such as the end of the increase or inspection, the need to re cover, you must remove the old seal, re laying the seal to the sealing groove, including the "U" slot at the entrance end of the cable seal.