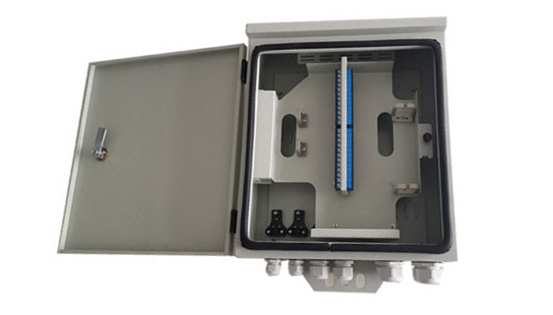 a. with the introduction of fiber optic cable, wiring leads and fixing and protecting pigtail cable, wiring and the performance of optical fiber pigtail damage function.

b. has the function to make the optical cable terminal protected from the environment.

e. box body is provided with a fixed and a corresponding installation function of different use occasions.

f. when necessary, it should have the function of optical fiber cable, functional requirements.

optical termination box is composed of 3 parts, the outer shell, the inner member and the optical fiber connector. 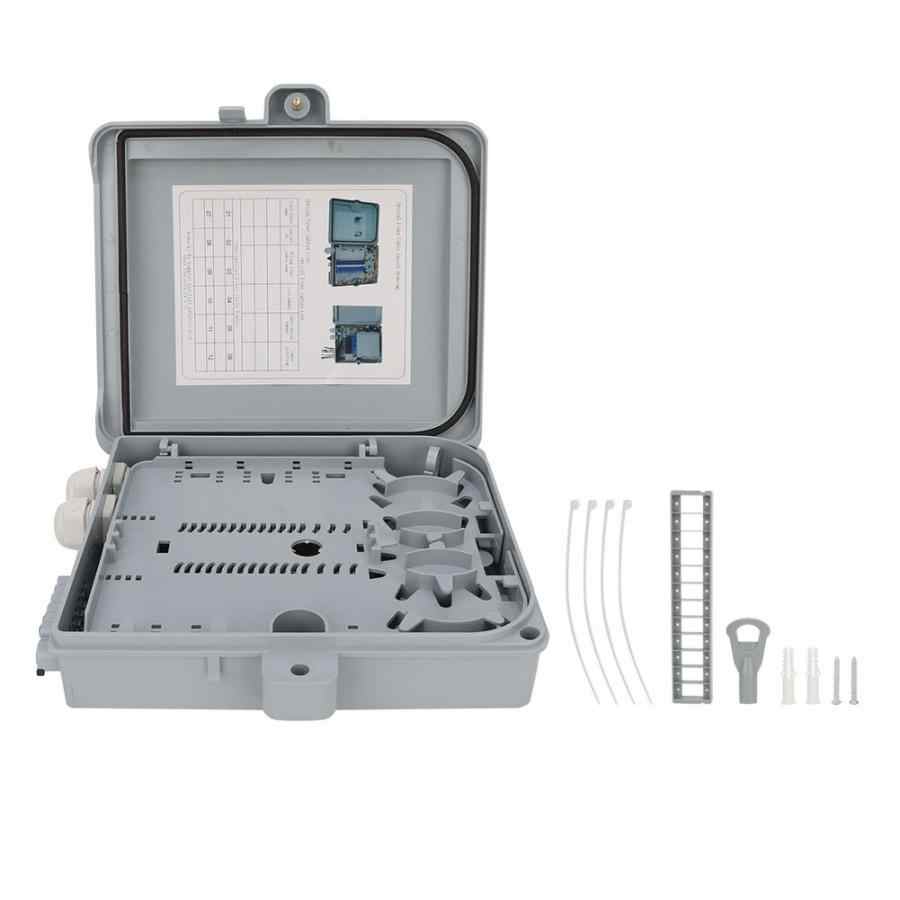 6. Function of the role of the joint box

The function is to connect the two section of the cable. The terminal box is the end of the local access cable, and then through the optical fiber access optical switch. Therefore, the terminal box is usually installed on the 19 inch rack, can accommodate the number of cable terminal. The function of the joint box is to connect the two sections of optical cable. The terminal box is connected with the pigtail cable protection. The terminal box in practical work can be used but rarely interior joint box joint box when the terminal box for use is not the same, can be divided into 1 boxes, cable transfer box and cable transfer box. They are used in the user front-end for wiring. 2, the box is generally refers to the cable connection box, also called optical cable connector box. In some places, especially the radio and television system is also called light continuous package, it is to protect the cable connector is not damaged by the outside world. The distribution frame is also divided into the optical cable distribution frame and the cable distribution frame, and the function is the same as the transfer box, but it is used in the computer room of the operator.

As a carrier of information transmission, optical fiber hardware as an information transmission medium, has become an important pillar of modern communications. Technology of optical cable terminal box technology from theory to engineering field To the realization of high speed optical fiber communication, after decades of time, the birth and development of fiber communication technology is an important reform in the history of information communication. Cable terminal box is widely used in local, rural network system, data, image transmission system, CATV cable TV series, indoor cable connected through force and branch connection for play, pigtail storage and connector protection, made of cold rolled steel plate electrostatic spray, design reasonable structure, beautiful appearance can be cable core fixed in the terminal.

Optical termination box is a popular product, low price, high performance. Cable terminal box which is equipped with mounting parts comprehensively, which with the construction specifications, the specific steps are as follows: a. open the cover, check whether the full range of accessories. b. cable stripping, sufficient excess fiber length. c. will be the introduction of fiber optic cable port aluminum clamp half piece is removed, will be stripped from the cable through the cable port, fastened on the aluminum clamp, and to strengthen the core wear clip body, tighten the screws and the excess shear to strengthen the core. d. check the fiber optic disc to leave the board - lead slot with the cable in one side (terminal box only a cable to shelter), if not on the side of the board to stay in the direction of the board. From the leading board off the plastic fiber pigtail chuck, and ready to be set in the fiber sheath. The tail through the hole Yinren terminal box outlet plates within the pigtail wear into sufficient length, the pigtail pigtail leads into chuck hole to pigtail. e. light core and pigtail welding press shown in Figure 1 of disk remain. As in a connection terminal box in both cable and optical cable and optical cable and connection of a pigtail cable two cases, strike, and fiber disk remain attractive -- the core plate leads not on the side of the cable and optical fiber pigtail and other cables connected, disc leave the way (see Figure two in part from the pigtail fiber and plate disk remain on the edge of the optical fiber wire slot through)